My momma is one of the best cooks I know the best cook i know. How's that for butt kissing? Seriously, she gets down in the kitchen. So, when I had a hankering for homemade flour tortillas, the woman of the hour came through. Again. Let's just say the kitchen and I have a healthy respect for each other. She, the kitchen, promises not to burn me and the casa down and I promise to stay away as much as possible after cooking 3 simple meals a day. 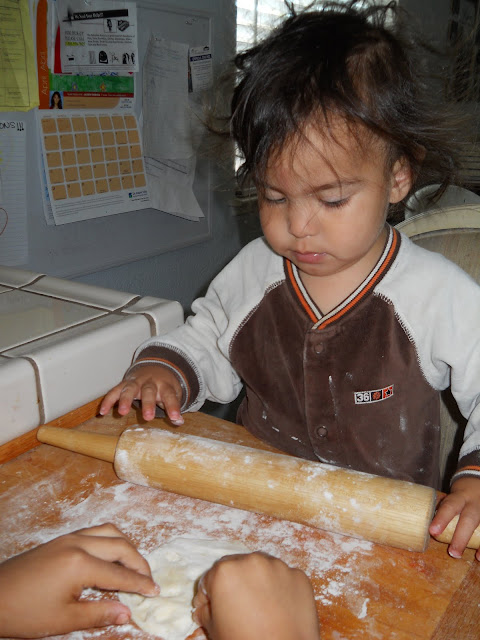 Do you see Aiden's little hands in the dough? For such a camera hog, he refused to take pictures that day. He told me he had 'crazy hair'. He wasn't kidding. 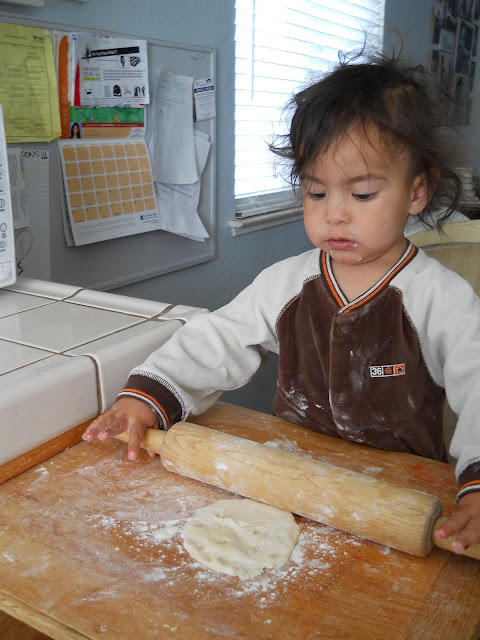 Just dawned on me that Isaiah has the same 'crazy hair'. 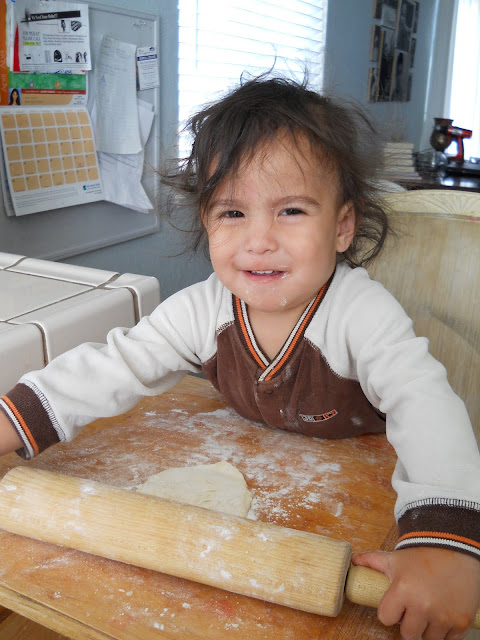 G-ma Bell, are you proud? 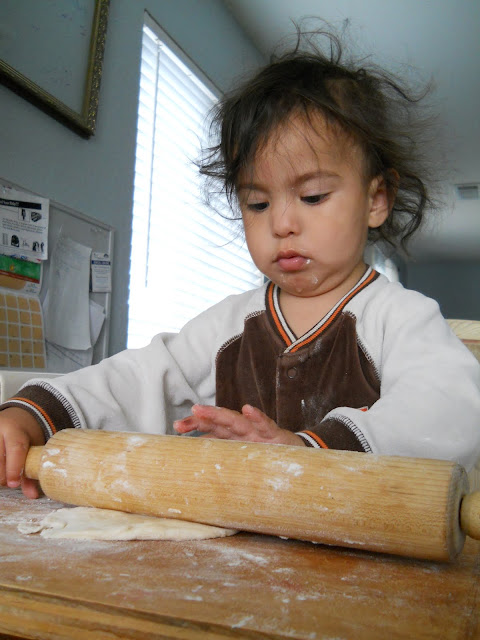 They were both so concentrated on making their tortillas, they amused themselves, as in alone and not calling for me, for 1/2 an hour, which made me: Winning! (Let's channel Charlie Sheen here.)

I ended up the loser though. Since I made these decadent 33 grams each of carbohydrate induced saucers, the spawn have since decided to boycott prepackaged flour tortillas for homemade flour tortillas. Major loser.
Posted by 4 Trains and 1 Tiara at 9:53 PM

4 Trains and 1 Tiara
Central California, United States
Just oversharing about my 5 kids and me. You're welcome.